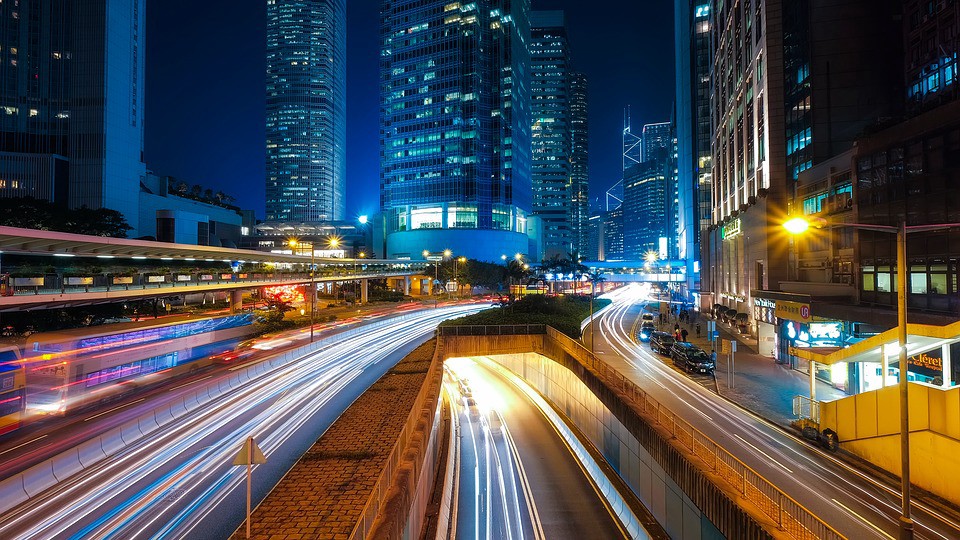 Research and Thoughts on Civic Futures and Corporate Dreams

Thinking about city building and city planning guided and controlled by large multinational companies it is becoming clear to me that the idea of polis has completely given way to the marketplace. What will happen is that companies in proposed partnerships with local governments indirectly and directly draw the lines of districts and neighborhoods, legislate through the provision of resources to communities, and enforce ideals using the mechanisms both in and outside government.

Companies have been in partnerships with cities around the world to design and build smart cities. Companies like Sidewalk Labs, Uber Movement, and IBM Smarter Planet/Smarter Cities, to name a few, have been looking towards building the cities of the future as their next venture. I think this is problematic since the current cozy relationship of business and governments have had some devastating results. So, what is being proposed to cities? It would seem that they are proposing free computational organizing solutions to the messiness of everyday life to be handled by the freemarkets.

“ Urban frictions, the encounters between mutually unintelligible or barely intelligible cultures and populations are what propel an urban environment and its cultures forward. Utopias are conceived of as friction-less ecosystems, which have achieved a type of idealized stasis. Similarly, the very concept of productive intelligibility is antithetical to the smart city project, which rests its entire operating premise on the notion that all relevant aspects of life within a smart city can and should be intelligible to the systems that operate it.”

What sidewalk Labs is proposing is using the infrastructure of a smart city to solve Toronto’s problems, to make it a leading city, a utopian vision of the future. The process will involve scooping up the data from millions of inputs, sensors, and users to organize and structure a flexible multi-use and efficient city. Sidewalk Labs proposes to use all of that data to the benefit of the citizens of Toronto, by solving problems and creating a responsive and efficient urban environment. They are asking to take the reins on decisions currently left to the emergent properties of people of the city. A multinational company will be the one to decide the shape of things to come. A business will function as city government. A neoliberal city management project.

What makes this project neoliberal is that at the heart of planning, organized zoning, and special districts for this future city is a multinational corporation whose health is dependent on returns to financial investors, and it is not tied to the duties of a well functioning government. It is profit motives over public welfare. Classic neoliberalism. Free market civic responsibility? That’s a paradox. Citizens are not stockholders.

What’s worse, citizens can’t vote a company out of city government since there simply is not a mechanism for it. Companies are not responsible to the citizens of cities. If this is the case then representation in city government will evaporate.

City building projects I think always will take on this utopian dream. The proposed aim is to move the city forward but never mentioning what has held a city back. So it is suffice to say that what is not mentioned in the dream is just as important as what is. It is not a system of problem solving, looking at the situation on the ground and taking account of problems and nuances of the local community, rather it is an elevator pitch. Never taking into account the real problems of a city. What of the people in the service industry? How do they fit into this plan? The Homeless? Mental health services? What are the metrics for happiness in the city? Does a corporation have any accountability to the public it doesn’t really serve? So far, most publicly traded companies are beholden only to investors and shareholders.

That’s how the free markets operate. Its Economics 101.

So what makes it blind neoliberalism? Well, one doesn’t need to look far to find the fruits of these paradoxes. Puerto Rico’s debt crisis, was one admittedly started by its own government’s over spending. A serious malfunction however it was only enabled to become a severe tragedy by banks selling bonds not only during the crisis, but after the crisis to recover their debts so they could pull out leaving Puerto Rico’s government unable to cover hospitals, schools, pensions and other vital services. Laws were then passed to enable financiers to dictate Puerto Rico’s financial responsibilities in the banks favor. No civic responsibility there. Does anybody remember Enron bankrupting California? I do. Famously, Enron completely defrauded California’s energy commision and then filed bankruptcy leaving California taxpayers billions in debt.

Businesses in the business of government is an untrustworthy alliance. Using our data pulled from the city couldn’t be a worse idea.

The natural emergence of real city life and the systematized operation of a smart city would be a conflict between the inhabitants of a city and the company running it. Sooner or later it would work against its citizens. What recourse with a private entity paying politicians dark money(speculative, but likely) would there be? Lawsuits? Large multinational companies can push protective legislation(see Puerto Rico), absorb those costs, cut their losses and subsidiaries and later grow these back like a tail.

In the end the citizens whose data has become commodity lose agency. It’s even worse for those underserved in cities. Citizens usually pushed to the margins and robbed of resources in their communities.

So affluent citizens will buy into a city where their freedom of choice will be narrowed with market solutions monopolized by the largest and most powerful multinational companies in the world. They will also lose privacy as all their information and data becomes saleable and open to third party “bad actors” as much of it already has. They will have no recourse to multinational companies and the most powerful politicians will be hanging by the pursestrings.

I don’t want to completely dismiss the benefits from new solutions by civically minded people in the tech industry. I’m not questioning their motives either. It’s a nuanced conversation however it is critically important to think about the consequences of governments and business in city planning, and really examine the polished rose-gold sales pitches of affluent techno-optimists. There is an old cliché worth paying heed to here, “The road to hell is paved with good intentions”.

Citizens, such as myself, are promised an efficient and responsive city environment to “improve quality of life” in this marketplace. Even if that were true, then what do the vulnerable have to look forward to?